It is wonderful to see when an idea takes root and grows. At times a child can struggle with understanding of what forming a concept means and how then to transfer their ideas into a visual form. We had spent much time in the previous session teasing out ideas and exploring the potential use of different materials. Each idea was formed around the design of a building. This building could be a representation of an existing building or come from their imagination. I asked the children though not to recreate a building that they had seen in a film or read about as this would influence the narrative that would be contained within their buildings or structures.

The children all worked at different paces. For some they became quite caught up in the idea and others in the construction. For most of the children they had never worked in 3D. Accessing and exploring the range of materials enabled the children to find the right material for their piece and with great precision. As the children developed their builds so too did their ideas, no two pieces were the same. Jack’s piece very quickly mirrored his very simple sketch and indicated his observational skills of Dublin’s architectural landscape. As their characters and narratives developed I began to get to know the children a little better.

There were some very interesting storylines developing. Michael’s piece was called “The Sad Man” his character was extremely thought through, showing an acute observation of reality. Killian’s piece demonstrated a great sense of humor, Tori’s depicted popular culture and Andrea’s celebrated friendship and Dominique’s showed her interest in fantasy fiction.

All of the children work intensively and the one and half hours together went incredibly fast. Some of the children were working on parts of their pieces at home. Their confidence was steadily growing and so too was their vocabulary for describing space, construction, textures, and buildings. The children asked to increase the course to two sessions a week that I took as a good sign that they were enjoying the course. The following session was the last one based in DCU as our final session saw the children return to The LAB. Having met the wider team there on their first visit the children were keen to return to The LAB and have their work seen by the staff of a contemporary art gallery. 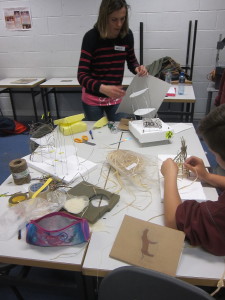 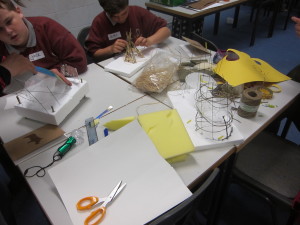 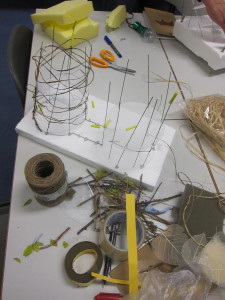 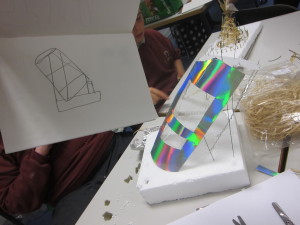 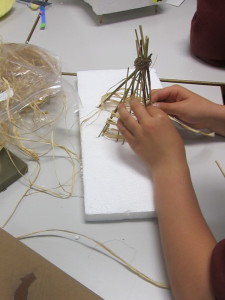 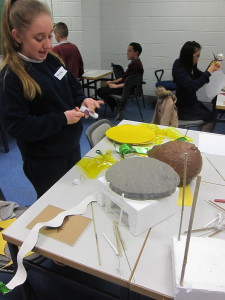 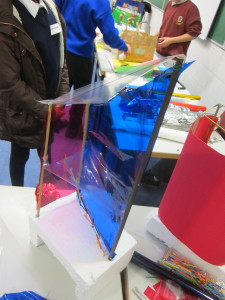 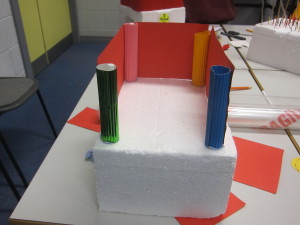 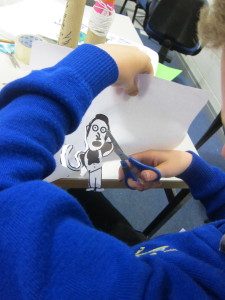 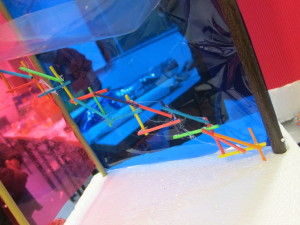 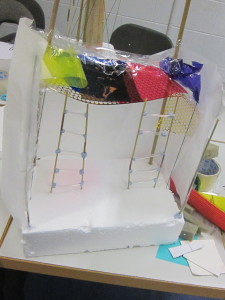