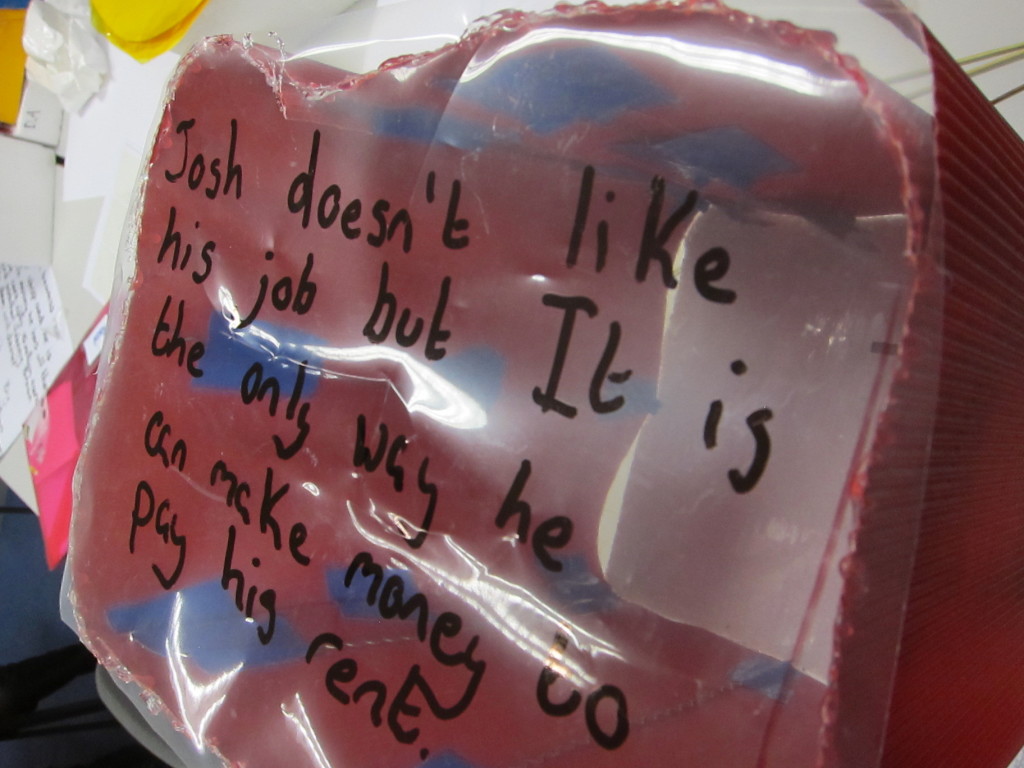 This was our final Playing with Art and Architecture session based in DCU. We had been using a lecture theatre in one of the science buildings on campus. We had all been reading the rather odd signs about the building telling us which lift to use if certain chemicals were present! I wondered whether the students using this facility looked at us doing “odd” things too. The children were completely caught up in the thinking and making of their odd and individual sculptural pieces. In such a short space of time they have honed their ability to develop a concept and take it through a process where it gathers the momentum of making a piece of artwork; the logistical stumbling blocks of the making and experimenting pushing their ideas to the final stages of where and when they instinctively knew when “its done”.

Over the weeks I had placed postcard images of contemporary art works on the tables. I invited the children to look at these as they worked. As with the VTS (Visual Thinking Strategies) approach the questions I asked were open ended “what do you see in the picture?” when the children initiated the question I used the language of their question to allow them to look at why they had asked the question. All of these discussions had taken place on a one-to-one or small group basis. There had not been the opportunity to have a group discussion on contemporary art works but we had discussed the works being made by the different children together as a group using the VTS approach. The children’s ability and confidence to talk about their work increased over the weeks. Their language and vocabulary became more diverse and some of the children were able to draw parallels with others pieces being created by other children in the group. I was surprised to see so many of the boys use experiences of the everyday as the stimulus for their work rather than the girls. My experience to date would have suggested that girls use the everyday and the boys use history and fantasy/super natural as their stimulus.

The detail and precision of what some of the children wanted to achieve was frustrating for some of the children. Tom’s weaving to recreate a prehistoric village was testing his patience, he was tempted to simplify the piece but found this did not depict his idea well enough so he persevered. Dominique completely pulled her piece apart and rebuilt it from scratch. Killian put the car on the pinnacle of his car sale showroom and he was ready to add his text. Tori made her paper-mache piece for her building at home. Natalie who is normally based in The LAB had worked closely with her to ensure that the complicated piece would fit together. Both Natalie and Roisin who is based in DCU had been working extremely well with the children. We have 16 children in the group all with very ambitious ideas and complicated builds. This has demanded a lot of extra adult support to work with the children. Having this adult to child ratio enabled the children to create their ambitious pieces.

The children were very keen to invite their parents and siblings to The LAB where the final session took place. Yvanne from DCU’s Talented Youth Department was instrumental in ensuring that the logistics of getting everyone from A to B and back again took action and organized parents and children for our final session. 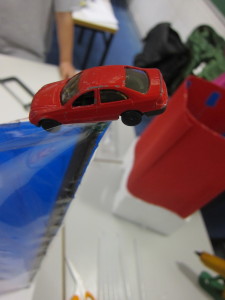 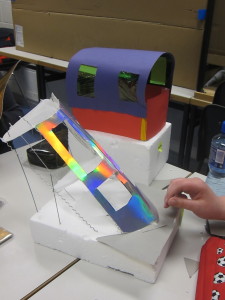 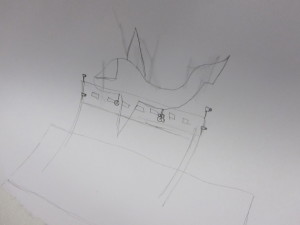 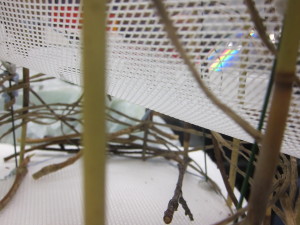 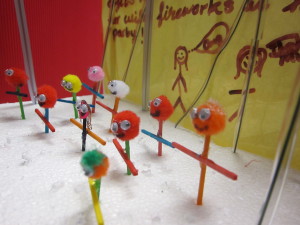 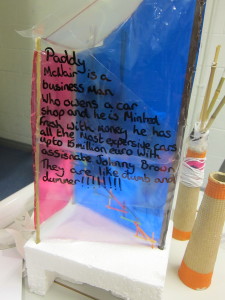 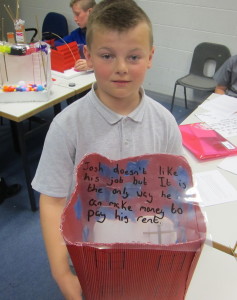 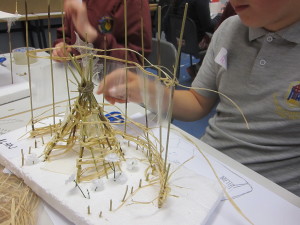 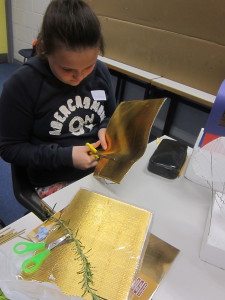 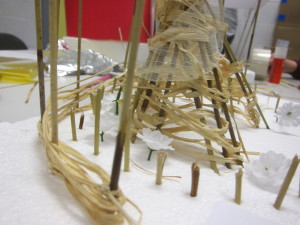 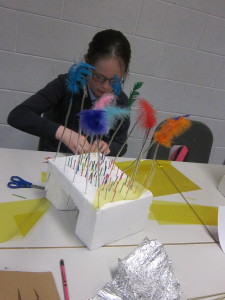 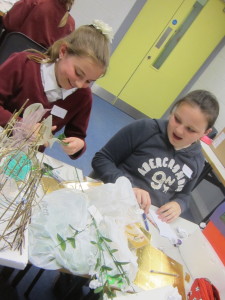